Les 2 Alpes in the southern French Alps has been named European Resort of the Year. The announcement was made yesterday at the World Snow Awards ceremony, which took place at the London Ski and Snowboard Show. 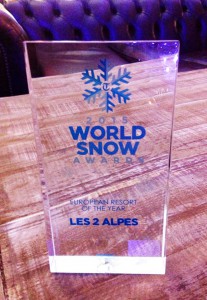 The team at FSN were not surprised at the choice.  We love Les 2 Alpes. It’s an extensive resort with a good variety of terrain to ski, with 220km of pistes split over two valleys (hence the name Les Deux-Alpes) and glacier skiing (open also in summer) up to an altitude of 3,200metres.

We particularly like the easy greens and cruisy blues high up the mountain, which are great for beginners as they all too rarely get to experience high altitude snow conditions. After all, the nursery slopes are usually at the bottom of most resorts.

At the other end of the scale, Les 2 Alpes offers some of Europe’s finest off-piste skiing to be had at the top of the resort in the unpisted powder bowls of La Grave (we advise that only highly-experienced skiers or boarders should ski here, and only when accompanied by a qualified guide and when carrying transceivers, shovels and probes).

Les 2 Alpes is also something of a snowboard Mecca for its freeriding and terrain parks, especially in summer months when the glacier’s open.  In resort, there’s a huge airbag to practice tricks… with a nice soft landing! 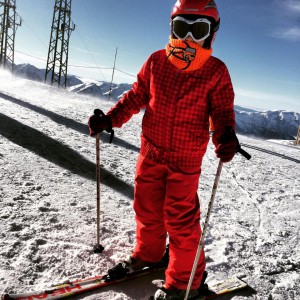 Nightlife is lively with atmospheric bars and restaurants to suit all tastes and budgets, and there are also plenty of other après ski activities including the ice rink and swimming pool, which are both included within your lift pass. There’s a nursery (6months-2 years) and a kindergarten (2-6 years) and a number of chalet-based facilities run by tour operators, including Club Med and Crystal.

Our verdict: a good all-round ski resort, reliable for snow, and especially popular for off-piste and for summer skiing on the glacier. There’s something here to please all the family!

You can read about some of the other winners of this year’s World Snow Awards including Les Menuires, another French resort HERE – they won the award for Best Family Resort; and Chemmy Alcott, featured HERE, who clinched the most coveted award of the night, the Lifetime Achievement Award. 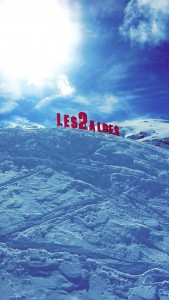 Don’t miss the Ski and Snowboard Show this weekend