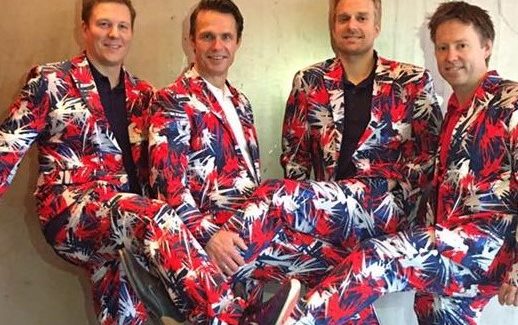 Here at FamilySkiNews, we’re delighted that team Norway’s curling pants are making an appearance once more at the PyeongChang Winter Olympics.

The Norwegian curling team first sported their trademark jazzy pants at the 2010 Winter Olympics in Vancouver. 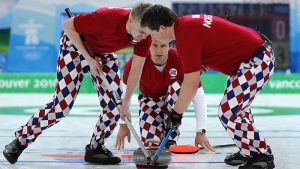 The story goes that, shortly before the Games, the nation’s national Olympic committee had outfitted Thomas Ulsrud’s celebrated squad with dull and unremarkable all-black outfits.  Teammate Christoffer Svae thought they should be more patriotically dressed and so he purchased chequered trousers in the Norwegian flag’s colours of red, white and blue.

As soon as the team took to the ice for their first game, they stole the show in the curling arena – the trousers even had their own Facebook page –  and the team in their chequered trousers brought home a silver medal.  Loudmouth, the manufacturer, also enjoyed a 40% increase in sales following Vancouver. 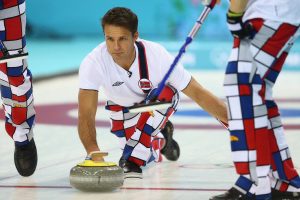 In Sochi, the sponsorship continued, and the team opted for a more Mondrian-inspired pattern for their trousers, among other patterns.  Once again, the trousers developed a cult following, but this time the team failed to win a medal.

In the build-up to the 2018 PyeongChang Games, we’ve been eagerly anticipating the gentlemen’s trousers.  (It didn’t go unnoticed in our offices that they did their practice sessions in rather dull black trousers.)

But today, the Norwegian Olympic Curling Team’s Pants page (with nearly half-a million followers!) has confirmed that the men’s curling competition starts next weeks and “the pants will be epic.”

Christoffer Svae has not regrets about introducing the flamboyant trousers in the first place.  Indeed, he enjoys the notoriety the Loudmouth trousers brings.  “If I’m walking down a main street in Oslo wearing the Loudmouth pants, people say, ‘oh, that’s the curling guy’” he said.

Apparently, they’re bringing fourteen different patterns to PyeongChang.  They’ve already debuted their ‘icicles’ design (above).   Now our appetite’s whet, we’re looking forward to seeing the other patterns, and to seeing the Norwegian Men’s Curling Team dazzling everyone  – not only with their curling, but also with their trousers.