A new species of dinosaur has been discovered – a snow-loving dinosaur originating in Alaska. 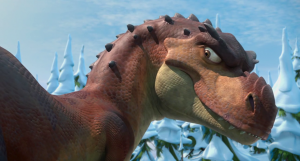 The remains also indicate that the dinosaur was a type of hadrosaur or duck-billed dinosaur, named Ugrunaaluk kuukpikensis.

Ugrunaaluk kuukpikensis means ‘ancient grazer’ in Inupiaq (the local Eskimo language) and it is thought that these dinosaur had hundreds of teeth to help them chew through coarse vegetation. They could grow to a whopping 30 foot long, and walked primarily on their hind legs but also on all fours.

Most of the fossils were found in the Liscomb Bone Bed on Alaska’s North Slope – over 300 miles north west of Fairbanks and around 100 miles south of the Arctic Ocean. The bed is named after geologist Robert Liscomb, who found the first Alaskan dinosaur bones back in 1961, whilst mapping for Shell. The bones were originally in storage for a couple of decades until someone identified them as dinosaur bones. Ever since, researchers have painstakingly catalogued over six thousand hadrosaur bones from the region. 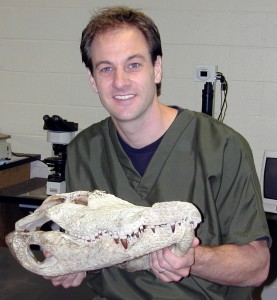 This new species has a unique combination of characteristics not seen in other dinosaurs.  The Ugrunaaluk kuukpikensis dinosaur is thought to have adapted to living in colder climates, months of winter darkness and snow.

According to Gregory Erickson, Professor of Biological Science at Florica State University: “Basically it’s a lost world of dinosaurs that we didn’t realise existed.”