Solo journey to the South Pole

It’s exactly 100 years ago today that Sir Ernest Shackleton’s boat became stuck in the ice as he attempted to complete the first crossing of the Antarctic continent. But, right now, explorer and former army officer Henry Worsley is nearing the end of his adventure.  He is hoping to complete Sir Ernest Shackleton’s unfinished journey to the South Pole to become the first person to cross the Antarctic landmass, unsupported and unaided. 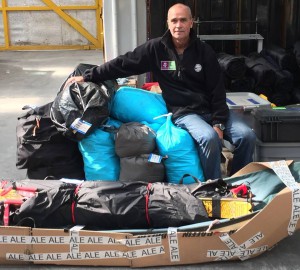 The 55-year-old is pulling a sledge containing his food, tent and equipment and he’s not receiving supply drops or help across the ice from dogs. He’s doing it totally solo!

He set off in November 2015 from his logistic’s base at Union Glacier to begin his challenge at Gould Bay, the closest accessible point to Shackleton’s intended start at Vahsel Bay on the edge of the Weddell Sea. 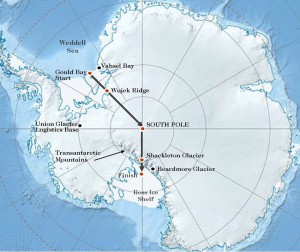 His driving force is the money he hopes to raise – in excess of £100,000 for the Endeavour Fund, an organisation which aids injured and sick servicemen and women. We wish him Godspeed on the final stages of his epic voyage.

Meantime, back in the UK, a set of stamps have been launched to commemorate the epic expedition of explorer Ernest Shackleton 100 years ago this month. 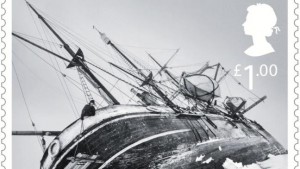 The eight-stamp series includes photographs of Shackleton’s ship, Endurance, which became stuck in sea ice and members of the crew who were rescued in August 1916. The images from the Antarctic voyage were recorded at the time by Shackleton’s official photographer, Frank Hurley, on large format glass negatives. They are currently on display at the Royal Geographical Society in London.

Dr Rita Gardner, Director of the Royal Geographical Society, said: “Sir Ernest Shackleton’s Endurance Expedition is not just an incredible story of leadership and survival, it is a key part of the UK’s history of scientific exploration.”

Possibly the best hot chocolate in the world