The 2014 Winter Olympics are rapidly approaching.  Hard to believe it’s less than 6 months until the Games begin, in Sochi in Russia, and just 8 days until the Torch is lit.

The ski slopes of Britain are getting everyone in the mood with two massive nationwide campaigns – Go Ski Go Board and Slide2Sochi and a series of events aimed to get more youngsters skiing and boarding, as well as giving them a chance to learn about the different winter sports disciplines and to meet (and at some events race against) some of the British medal hopefuls. 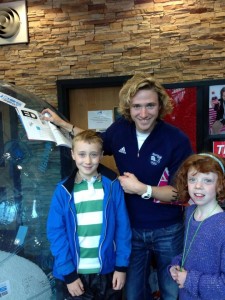 Please wish all our British wintersports athletes good luck for the Olympic Games by signing the giant Slide2Sochi snowball which is currently touring the country, and will eventually make its way to Sochi.

By the time the Games start next year on 7 February, the nation should be well and truly buzzing with Olympic fever!

Autumn snowfalls in USA and Canada