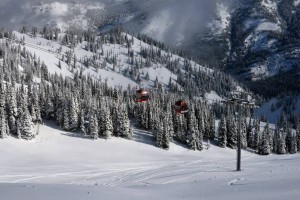 Crystal Mountain is the first ski resort in the USA to open this season.  It’s opening today, 1 October!

Following a heavy recent dump of the white stuff, Crystal Mountain in Washington State, is opening for just one day and numbers are being limited to 75 lucky skiers and snowboarders.

The resort commented on Facebook: “This is for the diehards who just can’t wait any longer! Tickets are available for $15 for the first 51 people to purchase online for a limited opening tomorrow! Season passes are not valid. You must have a ticket to get on the gondola. Good luck!” 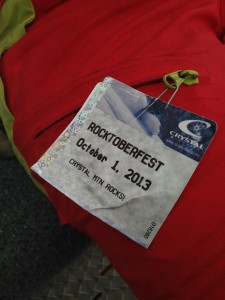 There was such a rush for tickets, that the website crashed!  Overwhelmed by the response, the resort decided to offer a few more tickets: “WOW!!! We feel so loved. Because our site crashed, we’ve increased the number to 75 and have come up with a simple Plan B. The first 75 people to comment on this post and tell us what their favorite thing is about Crystal will get a $15 gondola ticket for the limited opening tomorrow! The names will be announced later tonight and the opening will be limited to those 75 people only. Ready, set, go!”

The resort will be open from 10am until 1pm and those lucky 75 people will have the slopes and 10cm of fresh powder all to themselves.  Enjoy!

This has certainly thrown the bookies into disarray!  Nobody expected Crystal Mountain to be the first resort to open in the States, albeit just for one day!

The first American resort opening is traditionally a race between Loveland and Arapahoe Basin in Colorado.  Arapahoe Basin opened first last year on 17 October, as we reported in our Countdown to Winter in North America here.  The previous year it was an outsider, Wolf Creek which opened on 8 October, five days ahead of Arapahoe Basin, and six days ahead of Loveland.

This year, both Loveland and Arapahoe Basin have been working hard on snowmaking…  we shall just have to wait and see who opens first.

Ski bookings are up this winter