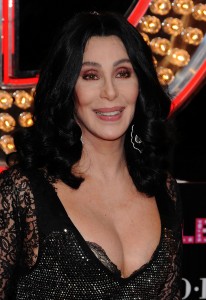 Legendary singer-songwriter Cher is the latest in a long list of celebrities who have denounced Russia’s ‘gay propaganda’ laws prior to the Winter Olympic Games in the Black Resort city of Sochi next February.

Cher has revealed that she turned down the chance to perform at the Winter Olympics because of the country’s anti-gay legislation, during an interview this week for Canada’s national weekly current affairs magazine Macleans.

“I can’t name names but my friend called who is a big oligarch over there, and asked me if I’d like to be an ambassador for the Olympics and open the show,” Cher told Macleans.

“I immediately said no. I want to know why all of this gay hate just exploded over there.”

Russia has been under international scrutiny since President Putin signed new and highly offensive ‘anti-gay’ legislation on 30 June, which contains a provision allowing the government to arrest, detain and expel from the country gay or “pro-gay” foreigners (including openly gay athletes and spectators at the Games) .

Ever since, a large number of high-profile figures, athletes and celebrities have voiced their reactions.

Stephen Fry was one of the first. He wrote to David Cameron and the ICO arguing for an immediate boycott on Sochi.  You can see his letter here.

American President Barrack Obama thought it “not appropriate to boycott the Olympics”. He went on to say: “One of the things I’m looking forward to is maybe some gay and lesbian athletes bringing home the gold or silver or bronze, which I think would go a long way in rejecting the kind of attitudes that we’re seeing there. And if Russia doesn’t have the gay or lesbian athletes then that’ll probably make their team weaker.”

You can see his full statement here:

BBC Olympic presenter Clare Balding made a personal statement on her website: “If the venue for the Winter Olympics remains as it is, I will be presenting from Sochi for the BBC. I will do so because I am a sports presenter who happens to be gay. I think the best way of enlightening societies that are not as open-minded as our own is not to be cowed into submission. I intend to stand proud, do my homework and do my job as well as I possibly can – as I would for any other sporting event.” 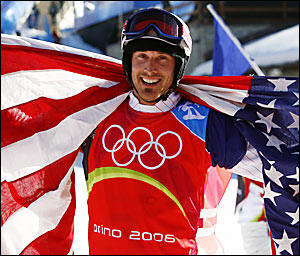 Lady Gaga tweeted: “The Russian government is criminal. Oppression will be met with revolution. Russian LGBTs [lesbian, gay, bisexual and transgender] you are not alone. We will fight for your freedom.”

American snowboarder and double Olympic gold medallist, Seth Westcott has also spoken out against the new legislation, remarking: “The human rights stuff that’s going on, there’s a potential for it to be an incredibly negatively-overshadowed Olympics.”

American figure skater and self-proclaimed Russophile, Johnny Weir was at the heart of the debate, opposing a boycott with his outspoken views:

Ironically, it has just been announced that Johnny won’t be competing at the Games, as he didn’t hand his application form in early enough!

The celebrity list goes on… the majority are in agreement with Johnny in that, while the law is clearly discriminatory and abhorrent, boycotting the games would be cruel as it takes away an athlete’s opportunity to compete after years of training for the pinnacle of their career, and it would mean that discrimination would win the day.

As British actor Ian McKellen so articulately summed up: ““I think what would be wonderful if all the athletes, gay and straight, and the Olympic authorities, were to make clear that they absolutely disapprove of it and they’re going to ignore it,” he said, “not because they don’t care, but because in the moment, the spirit of the Olympics must take precedent.”