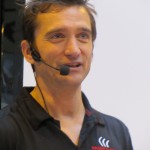 It’s a big day at Snozone Milton Keynes tomorrow and it’s YOUR chance to have a free lesson from five-time Olympic gold-medallist Sir Steve Redgrave.

Or perhaps you’d rather challenge BBC Ski Sunday presenter and former downhill ski racer, Graham Bell to a race against the clock? 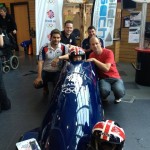 Come and meet the GBBobsleigh team

Or sit in an Olympic bobsleigh with members of the British bobsleigh team?

Or simply come and see what it’s like to learn to ski or snowboard.  You’ll be in good company, as Olympian and former GB sprinter Iwan Thomas will also be trying skiing for the first time ever.

If any of the above sounds like fun to you, come and join in the Slide2Sochi Roadshow at Snozone in Milton Keynes tomorrow morning.  It promises to be a great day out for all the family, even if you’ve never tried skiing or snowboarding before. 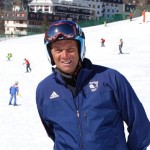 The day starts at 11am.  Admission is on a first-come-first-served basis although taster sessions can be pre-booked by calling 0871 2225673.   In case you are wondering, Sir Steve Redgrave is a qualified ski instructor, and president of BASI (the British Association of Snowsports Instructors) as we reported in an earlier story here!

There will be free ‘try skiing and snowboarding’ sessions, for complete beginners, plus an après-ski area featuring Tyrolean music from the High Society Band. 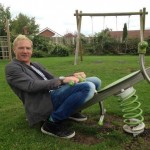 With Sochi2014 approaching fast, the day will be buzzing with Olympic atmosphere.  You too can wish our British wintersports athletes luck for The Games next February by signing the giant Slide2Sochi snowball which is currently touring the country before heading out to Sochi.

The snowball will be at Snozone tomorrow, together with Graham Bell, Sir Steve Redgrave, Iwan Thomas and the British bobsleigh team….  Will you?