The number of parents being fined for taking their children out of school for a family holiday has risen dramatically in recent months.

According to a survey carried out by BBC One’s Breakfast programme, the number of fines issued has allegedly increased by more than 70%.

The BBC contacted 34 councils across England who claimed almost 5,300 fines had been imposed during the autumn term alone.

Of the 34 councils in the BBC survey, only two had seen a decrease in parents fined since the law change; 26 reported an increase.  In Liverpool alone the number of parents fined has rocketed from 97 in the autumn term of 2012 to 250 in the same term in 2013. 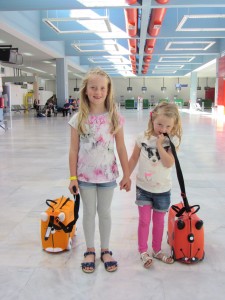 Now we all know how holiday companies hike up their prices during peak times – school holidays and half-term breaks.  Skiing holidays seem especially hard-hit, and parents moan about it… understandably.  Why should parents be ‘penalised’ for doing the right thing and not taking their children away during term time?

Few people know the flip-side to this argument…

Parents in England and Wales have a legal responsibility to ensure their child attends school (unless they have opted to home-educate them).  If they don’t, they are committing an offence according to Section 444 of the Education Act 1996.

The rules have recently been made more stringent.  The Department for Education has now given schools more power to deal with unauthorised absence: previously, head teachers could grant up to 10 days of leave per annum for family holidays in ‘special circumstances’.  Now, since 1 September 2013, they can only grant termtime absence in ‘exceptional circumstances’.

In other words, parents can put in requests for leave during term-time, but whether they are granted or not depends entirely on the head’s discretion!  Those who take their children out of school without authorisation are more likely to be prosecuted.

Magistrates ordered one family, who took their children (aged 6, 13 and 15) on a one-week holiday to Greece during term time, to pay £1000 in costs and fines.  The Sutherland family, from Shropshire, was originally charged £350, but it doubled after they failed to pay within 21 days. They claim they had booked the holiday a year before the law had changed.

Mr Sutherland simply commented: “The people who make these laws and policies don’t live in the real world.”