British ski tour operator Crystal has pulled off a coup!  They have cleverly side-stepped their way round the recent French ban on ski-hosting.

The ban was introduced last winter following an incident in Méribel early in the season, when a young rep from the UK tour operator, Le Ski, was stopped by a gendarme on the piste and told (in front of his surprised guests) that his actions were illegal.

The case went to court in February, as we reported in an earlier story here.  It was Le Ski against the French authorities, the French Ski Instructors’ union and ESF (Ecole de Ski Francaise) – the national ski school.

The French Court in Albertville decided that unqualified ‘ski hosts’ presented a danger to guests, and forced Le Ski to stop ski hosting.  They also ruled that ski hosting – whereby tour operators help clients find their way around the slopes – breaks French law.  It stated that anyone who leads organised groups on the ski slopes for financial reward has to be a qualified ski or snowboard instructor.

The British ski market was so shocked by the incident, and the suspicions of protectionism on ESF’s part, that Crystal and other British tour operators reluctantly all suspended their ski-hosting services, while key industry heavy-weights (including Ski Esprit, Crystal, Neilson, Erna Low and Inghams) stood ground together backing Le Ski’s appeal, as we reported during the summer here.  The appeal will be heard later this season – on 6 November in Chambery. 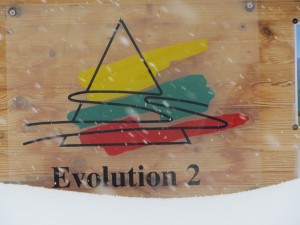 Now, Crystal has scored a double whammy… not only have they reintroduced ski-hosting, but they have also taken business away from the Ecole du Ski Francais (ESF), who were at the heart of the debacle.  Crystal will be using a rival ski school, Evolution 2, in 11 major French resorts this season: Avoriaz, Chamonix, La Clusaz, La Plagne, La Rosière, Les Arcs, Les Menuires, St Martin de Belleville, Tignes, Val d’Isère and Val Thorens.

Crystal offers holidays to 32 French resorts and will continue to use ESF in the other resorts, claiming it still have good relations with the national French ski school.

Here at FamilySkiNews.com, we are delighted that Crystal has found a way to get round the new legislation and is still able to offer ski hosting in France.  Crystal aptly calls their ski hosting ‘social skiing’.  To find out how this new-style social skiing with EVO2 will work, click here.

We feel ski-hosting is a fun and useful add-on to a ski package – the ideal way to get to know the resort, your reps and fellow skiers while having fun and skiing as a family.  Most holidaymakers we’ve spoken to also agree that it’s an invaluable part of their holiday.

Hopefully, other companies will now follow suit and reintroduce ski-hosting.  Long term, it could cause serious repercussions for ESF.

Happy days in the Hautes Pyrenees

Skiing in the desert