The Swiss city of Zürich has been chosen as the setting for a Chinese blockbuster TV series. 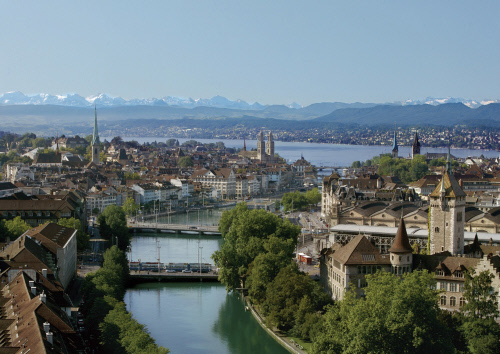 The mountainscapes of Switzerland have long been the setting of many Indian movies, as we reported in our feature Bollywood in the Alps.  But now, China is following suit.

Next week, from 11-15 February, a 15-member TV crew from China will be shooting part of their new production “Remembering Lichuan” in various locations around the city.  These will include Zürich Airport; by the legendary sausage stand, Sternen Grill at Bellevue; along the glitzy shopping precinct, Bahnhofstrasse; and along the lake front.

Back home this TV series is followed by millions of viewers and the actors are revered as superstars.  The project is being supported by the Zürich Film Office.  The new series will be a romantic drama, centred on the complicated love affair between architect Lichuan (played by Gao Godfey), who was raised in Zürich, and a girl called Xiaoqiu (played by Jiao Junyan), who hails from a suburb of Kunming. Both actors enjoy absolute celebrity status in their home country.

The main sequences of “Remembering Lichuan” are being shot in Hangzhou, Thousand Island Lake, Shanghai, Kunming and Zürich.

The plot: Xiaoqiu travels to Zürich to visit her sweetheart’s home country. Lichuan fetches her from the airport. However, he had not told her that he had been in hospital in Zürich. The truth comes out, lies are uncovered, and dramatic scenes are inevitable.

The series will air in China in mid-2014, and is expected to draw around 900 million viewers.  There are even plans to translate it into other languages for broadcast in Southeast Asia, America and Europe.  Until then, we’ll have to make do with the trailer for the series:

Other related posts:
Bollywood in the Alps
Ski and Golf in Switzerland
Where to ski in Europe in June
Glacier skiing
Google films Zermatt’s pistes

Carnival season in the Alps

FIS Ski Racing: the good news and the bad