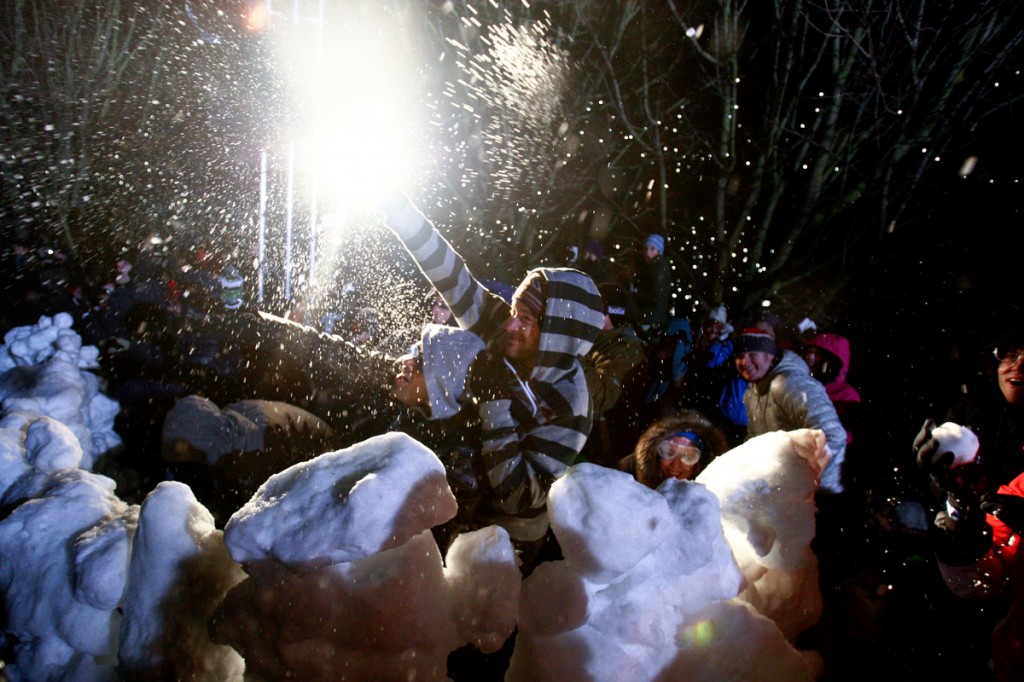 Many parts of the UK are experiencing snow today and over the weekend, but they probably won’t see as much as residents in Seattle in America saw on Saturday for ‘Seattle Snow Day’.

Over one hundred and sixty thousand tonnes of the white stuff were brought down in 30 truckloads from the nearby Cascades mountains to the Seattle Center (outside the EMP Museum), in preparation for the giant snow battle and a snow-fort building competition.

According to organiser Neil Bergquist, it took more than three months of planning to ensure the event met the Guinness Book of Records criteria for record-setting.  Over 6,000 tickets were sold online in advance, and participants were given bar-coded wristbands that were scanned as they entered and left the venue – so at any time the organisers had an instant headcount.

The official minute-and-a-half snowball fight was witnessed by a Guinness adjudicator who verified a count of 5,834. Anyone not throwing snowballs was deducted from the total.  The previous record was set in 2010 with 5,387 snowball-throwers in South Korea.

Tigers in the snow at Longleat Safari Park