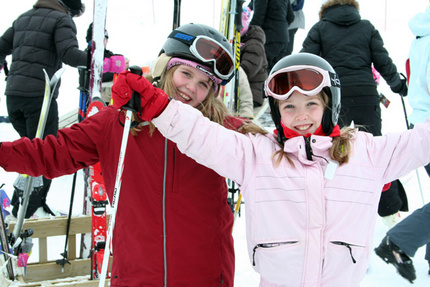 Fun at Hlidarfjall - the no.1 resort

Let’s face it, Iceland is not the first destination to spring to most people’s minds for skiing.  However, according to the Icelandreview.com, over 160,000 people skied there last winter.

Nearly 60,000 skied at the main resort of Hlíðarfjall in Akureyri, with the capital’s ‘local’ ski resort Bláfjöll (just 25 minutes from Reykjavik) in close second place, with nearly 58,000 visitors.

As with the Alps, skiing in Iceland runs from late November/early December until the end of April, with alpine, telemark, snowboarding and cross country skiing all popular.

The weather conditions last winter were mostly favourable, with plenty of snow – especially during the latter part of the season.  However, strong winds sometimes made the conditions too difficult for skiing.

Conditions improved as the season progressed as Magnús Árnason, chairman of the Association of Icelandic Ski Resorts commented to Morgunblaðið (‘The Morning News’ newspaper): “The skies were clear, prime skiing conditions, always frost during the night and I believe a large group of people ended the season with a smile in their hearts.”