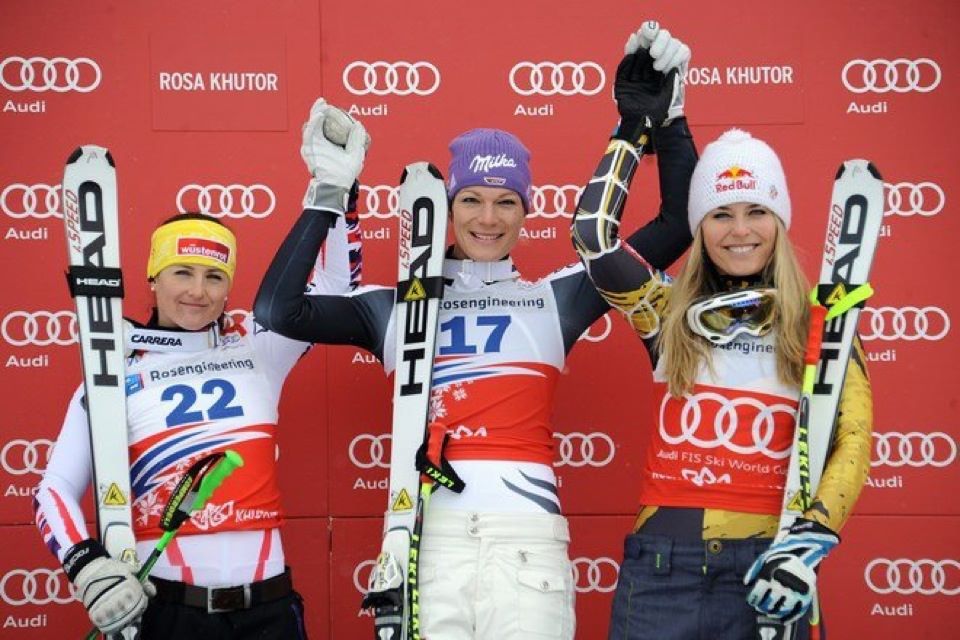 Lindsey Vonn came third in the World Cup downhill race in the Russian resort of Rosa Khutor at the weekend, but it was enough to clinch the overall title for the season.

It is Lindsey Vonn’s fifth successive downhill title. Two races remain, but with an unbeatable 231 point lead in the Downhill, the title is already hers.  On her Facebook page, Lindsey commented: “The course is very unique and I think it’ll be perfect for the games in 2014!”

On the Sunday the final Super-Combined race was cancelled at Rosa Khutor, handing Lindsey Vonn her second title of the weekend, and her third successive super-combined World Cup title. The workers struggled to clear the course in time but, with 8cm of snow overnight, the competition had to be cancelled. Vonn finished 45 points clear of Tina Maze and Nicole Hosp and also has a commanding lead in the overall standings – in contention for the Super G and the Giant Slalom titles, as well as leading the overall World Cup rankings. 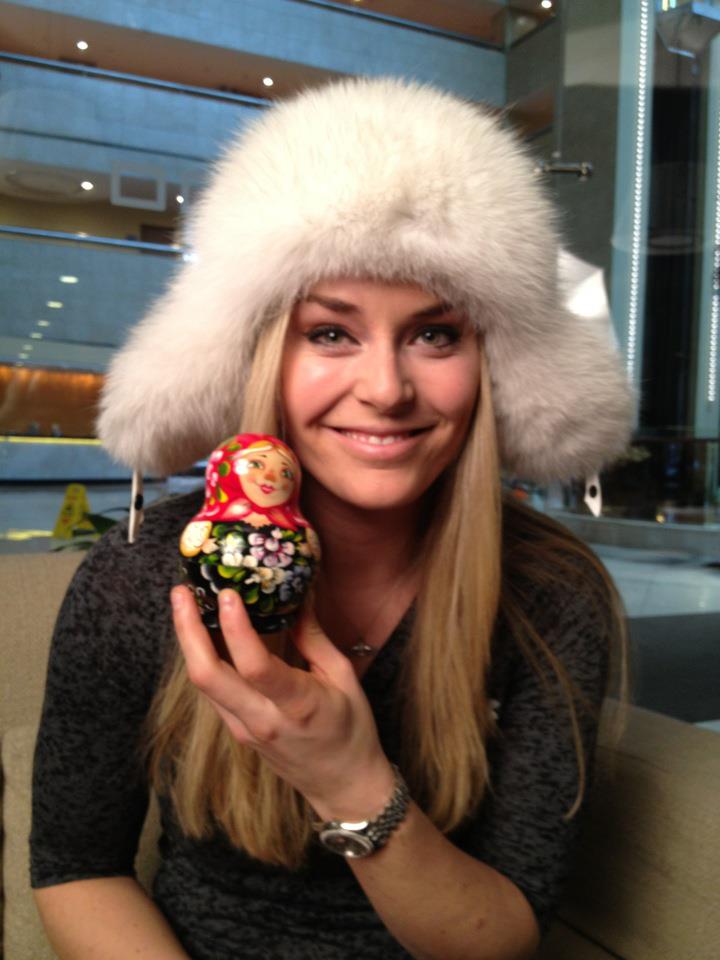 It was a frustrating end to a highly successful week for the organisers showcasing Sochi 2014 for the first time as the venue for the next Winter Olympic Games.  The Mens’ downhill and super-combined on 11-12 February and the events of this weekend were the first official test events. You can read more about Rosa Khutor here – new home to all the Olympic Alpine disciplines.

After the weekends’ events, Günter Hujara, FIS Chief Race Director for men’s Alpine, remarked: “Everything has worked according to plan so far… the entire organization is absolutely meeting all our expectations.”

Sadly, the one element they had been unable to control on the last day was the weather!