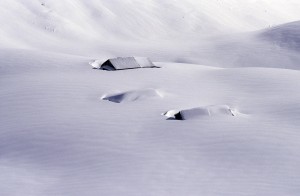 After a very slow start to the season, we now have snow in bucket loads falling right across the Alps, with more to come over the weekend too.

Over the past 24 hours… in France, Tignes has had 20cm of fresh snow and Les Arcs has 10cm; in Austria, 20cm of fresh show fell in Schladming, and 16cm in Obergurgl; in Switzerland, Adelboden and Grindelwald have each had over 10cm; in Italy, 10cm has fallen in Sauze d’Oulx… and to think just ten days ago we were worried at FamilySkiNews.com about not having enough of the white stuff!…

The weather continues to be cold and unsettled for the weekend, with fresh snow and strong winds forecast in the Alps and Bulgaria, and also in Norway and the Pyrenees.  The Scottish highlands remains cold and snowy.  The strong winds last week caused some lift damage in the Scottish resort of The Nevis Range, although they are hoping to be up and running again this weekend, depending on the weather conditions.

Across the pond, Canada hasn’t had much fresh snow in the last few days, but conditions are nonetheless good. Further south, Colorado has had plenty of snow in the Rockies, and Vail and Beckenridge are boasting excellent conditions.  It is due to turn a good deal chillier this weekend, with more snow forecast in the US and Canada.