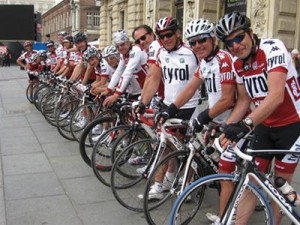 Innsbruck to London for the Tirol Cycle Team

The Tirol cycle team announced that it will cycle from Innsbruck to London in July to raise money for Disability Snowsport UK (DSUK).

Having hosted the first Youth Winter Olympic Games in Innsbruck earlier this year, as FamilySkiNews.com reported here, the Tirol cycle team will pedal the Olympic journey 1,300 miles from Innsbruck 2012 to London 2012 in just eight days.

Around 20 cyclists will be on the road for six to eight hours a day, aiming to cover around 150 kilometres starting on 19 July.  Their journey will start on the bridge over the Inn River in the centre of Innsbruck and conclude at Tower Bridge in London seven days later. 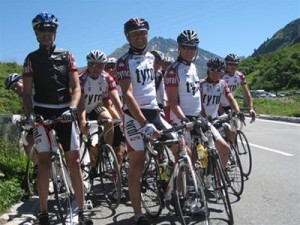 Margreiter commented: “We nominated Disability Snowsport UK as our chosen charity as we believe strongly in their vision that skiers and boarders with a disability should be able to ski or snowboard alongside the able-bodied as equals at all snow sports facilities and resorts.”

On 26 July they will be joined for the London leg of the trip (from Kent to Tower Bridge) by BBC Ski Sunday presenter Graham Bell, former British skier Konrad Bartelski (Britain’s best ever alpine ski racer) and keen cyclists from the Ski Club of Great Britain, tour operator Crystal Ski and Snow Magazine.

Here’s what Eberharter and Stock had to say about their trip whilst in training earlier this month:

Summer holidays in the Alps