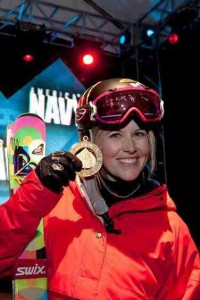 The ski world is today mourning 29-year old Canadian freestyle ski champion Sarah Burke who died yesterday, following a training accident in Utah ten days ago.  The injuries were sustained after crashing at the bottom of the Eagle Superpipe at Park City Mountain Resort on 10 January.  According to Burke’s publicist, Nicole Wool, tests revealed that she had suffered “irreversible damage to her brain due to lack of oxygen and blood after cardiac arrest”.

A groundbreaking freestyle skier and four-times Winter X Games champion in halfpipe skiing, Sarah was the first woman to land a 720, a 900 and a 1080 in competition.   She was also a tireless campaigner for her sport, pushing the X Games to include Women’s Skiing Slopestyle (which they added in 2009), and she lobbying vocally for her sport’s inclusion in the Winter Olympics.  Thanks largely to Sarah, in July 2011, the International Olympic Committee finally endorsed Halfpipe and Slopestyle as new sports for the Winter Games 2014.   Noone would have been prouder to represent their country at those games than Sarah.  She will be greatly missed. 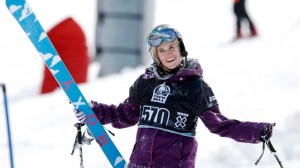 Winter Youth Olympics – a “Once in a Lifetime Experience”

More snow on the way!