Dog-sledding with a ex-Paralympian skier 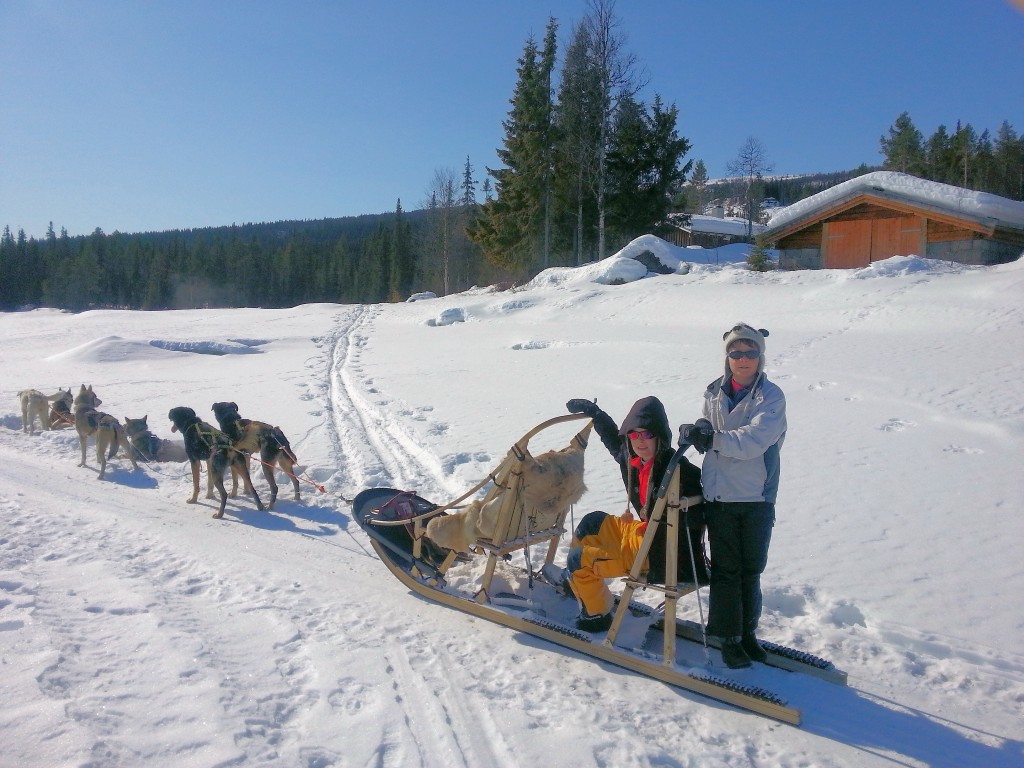 Today we had the privilege to tour the frozen lakes of Beitostolen by husky-sled with one of the British competitors at the Ridderweek – the world’s largest annual winter sports event for people with physical, mental and visual disabilities. 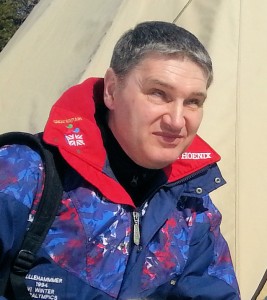 Fifty-six year old Jim Denton from Buckinghamshire is a blind cross-country athlete.  He has competed in four Winter Paralympics; three whilst partially-sighted (two in Innsbruck, Austria, in 1984 and 1988, and one in the French resort of Tignes in 1992), followed by another one in Lillehammer in 1994, when he was totally blind.

He explained to us how “cross country skiers have their guide in front, unlike downhill skiers whose guides are usually behind.  Some guides have a speaker on their backs.”

“You develop such a close relationship with your guide that you almost know what they’re thinking, without the need for communication,” he continued.

Jim has a Norwegian guide for this event.  In fact he has always used Norwegian guides, even for some of the Paralympic competitions as he thinks they’re the best.  “I think part of me must be a bit Norwegian!”

Jim went on to say “The Ridderweek has completely changed my life, what I do, how I do things.”…

“I started skiing out here at one of the Ridderweeks in Beitostolen back in 1981 and I thought ‘it doesn’t get any better than this.’

He has been coming back regularly ever since and competing in some of the races. 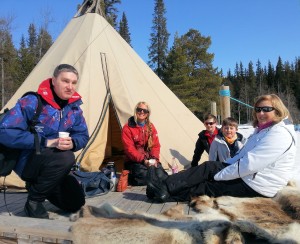 Enjoying a cuppa after dog-sledding with Jim and Hilary Denton

The climax of the Ridderweek is the Ridderrennet this Saturday – a grueling 25km-country race for all 500 competitors (although those with more severe disabilities do shortened courses, as we reported here).

Although it’s some years since Jim’s Winter Paralympics, he is remains nonetheless fiercely competitive, by his own admission.

“We’re hoping for a medal finish in the Biathlon tomorrow – his shooting is very accurate” commented wife and ‘coach’, Hilary!

“We’ve had a couple of bad runs in the Ridderrennet with broken bindings previously so, on Saturday, just a finish would be good!”

“I hope to complete the Ridderrennet race in around one and a half hours,” Jim remarked.

“Some will take 5-6 hours.  There will be blood, sweat and tears but they will finish… and it’s a real achievement.  For many, this is their Everest.”

Teresa Fisher travelled to Beitostolen with Crystal Ski.  Their skiing programme for 2013/14 has reintroduced Norway as a family skiing destination.  Currently Crystal Ski is offering some excellent package deals to Hemsedal, Beitostølen and Geilo next season (2013/14). To find out more, contact Crystal Ski on 0871 231 2256 or visit their website.

Other related posts:
Crystal Ski returns to Norway
Learn to Ski with Crystal in Norway
End of season celebrations in Norway
Let there be light
What are the Northern Lights?
World’s largest winter sports week for disabled skiers
Affordable skiing in Norway

Airlines could do more to help parents