Attacked by a bear whilst bare 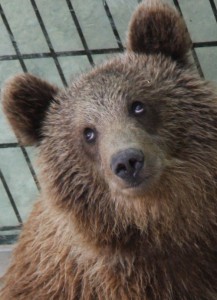 A man relaxing in his hot tub at the Canadian ski resort of Whistler was subject to an unprovoked attack by a black bear at the weekend.

According to a statement issued by the Royal Canadian Mounted Police, the 55-year-old man from British Columbia recalled how he had “felt a heavy blow to the back of his head which propelled him forward in the hot tub” and had then “turned around and found himself face to face with a black bear.” He yelled at the bear and retreated inside.

The man was not seriously injured but required treatment at Whistler Health Care Center for cuts to the back of his head. The police subsequently tracked the bear down in a wooded area about 100m from the house and was shot.

Spring is the season when newly-awakened bears are sometimes spotted foraging in villages and towns in British Columbia and elsewhere in North America.  Unprovoked attacks are rare, though not unheard of.

Since 2000, 19 people have been killed by black bears in Canada and America.  Three of those deaths were in British Columbia.

Judging from this YouTube film (filmed on a different occasion), it would seem black bears are attracted to hot tubs!