Another bumper snowfall in the Alps 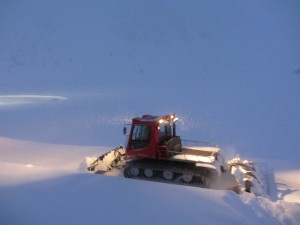 The Alps have received further massive dumps of snow.  Combined with strong winds, it has caused havoc both in resorts and also with airport transfers throughout the region.

Austria has been especially badly hit, with nearly a metre of snow falling in the Arlberg and Silvretta regions.  Some of the weekend events and competitions for the Youth Winter Olympic Games had to be cancelled, including the Ski Cross finals.  The access roads to some of the nation’s main resorts – including St Anton, Lech and Ischgl – were closed due to high avalanche risk.

In Kitzbuehel, despite a heavy dump of snow overnight, the famous Hahnenkamm World Cup downhill did manage to take place at the weekend.  You can see FamilySkiNews.com’s report on this year’s record-breaking race by clicking here. 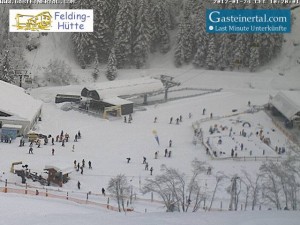 FamilySkiNews.com are in the Austrian resort of Bad Gastein in the Eastern Alps this week, skiing laps of newly-fallen powder atop freshly groomed pistes – and enjoying some surprisingly affordable hot chocolate in the mountain restaurants.  Visibility’s not great, but it’s better than being back home in the office!