Take your teens snowbombing in Mayrhofen

This is a guest post by Charles Holland of content-marketing company Firespin: 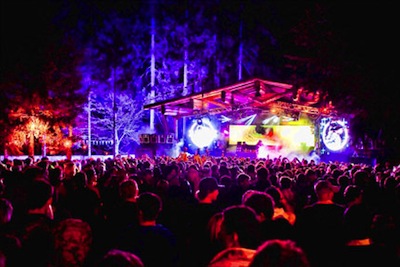 Trying to get your teenage kids interested in a family holiday this year, but struggling to inspire them?  We may just have the solution for you – Snowbombing!

For those of you who don’t know what ‘snowbombing’ is, it is a weeklong winter sports and music festival held annually at the Austrian resort of Mayrhofen – a heady combination of skiing/snowboarding and hard partying.  Think fresh air, crystal skies, awesome ski runs and amazing parties… you get the picture. It’s for those who cherish mountains and music in equal measure.

Since moving from the French resort of Risoul in 2005, Mayrhofen’s Snowbombing Festival has grown into Europe’s biggest snow and music festival.

Snowbombing draws top DJs from party hotspots around the world

In 2008, live acts were added to the usual DJ and electronic dance music genres, reflecting the indie/rock revival. The event now attracts a host of international acts and world-renowned DJs, all squeezed into tiny Mayrhofen.

Snowbombing days are spent skiing/boarding on the slopes and enjoying the eclectic music mix on the mountaintop stages; nights are spent at live bands, open-air street parties and themed raves, in such locations as the igloo village.

This season’s event will be held on 1-6 April, giving you plenty of time to make your family holiday booking.  But don’t delay too long!  Many people return year after year to the Snowbombing Festival and last-minute accommodation can be hard to find.

Although the festival is late in the season, days are longer and milder and Mayrhofen is reasonably reliable for late-season snow.  Indeed the biggest dump of the season fell in early April last season and, even after the Snowbombing festival had ended, the locals were still enjoying ‘waist-deep’ powder and bluebird skies.

So next April, when the resort becomes crammed for seven days of intense sport and riotous partying, make sure you’re there with your teenage family. 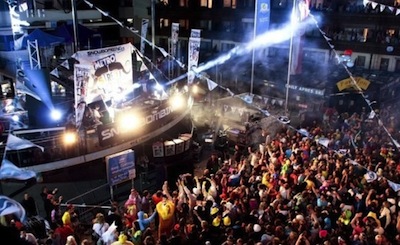 And bear in mind, if you can’t keep up with partying pace of your offspring, Mayrhofen boasts some of Europe’s most extravagant spas, so you can always just kick back, pamper yourself and enjoy in the astounding mountain views while the kids party round the clock.

To find out more about booking, just click here.  Snowbombing is sold as an accommodation and entertainment package.  In other words, the event wristband is included in the price of your accommodation, which ranges from simple B&Bs to deluxe spa hotels.

This is a guest post by Charles Holland, a keen snowboarder and travel writer for London-based content marketing company Firespin @FirespinJaySEO.