Sochi Olympic torch to be lit this weekend 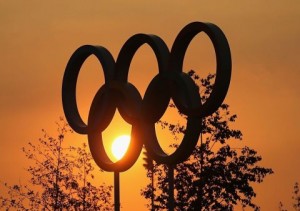 The Sochi Olympic torch will be lit this Sunday – 29 September – at the ancient Olympic site in Athens.

It will be lit from the rays of the sun using a parabolic mirror.

The Olympic Torch Relay will begin in Sochi on 7 October.  It will travel a total of 65,000km – the longest ever Winter Olympic relay, carried right across Russia by 14,000 torchbearers.  It will reach the Olympic Park on 7 February at the Games’ Opening Ceremony.

It will be the longest ever Olympic Relay, and it will be sponsored by Coca-Cola who has been sponsoring the Olympics since 1928, as we reported in this previous story Coca-Cola partners Sochi2014 torch relay.

There is no doubt it will be an astonishing journey by plane, car, reindeer sleigh, Russian troika and even space shuttle.

The flame will go to the world’s deepest lake (Lake Baikal, situated in southern Siberia), Russia’s highest mountain (Mount Elbrus – one of the world’s ‘Seven Summits’) and, most impressive of all, into Space to the International Space Station (see our previous feature Sochi 2014 Olympic Torch spacewalk confirmed for more details on its remarkable space journey and the Russian cosmonauts selected to make Olympic and Russian history).

As Sochi 2014 President, Dmitry Chernyschenko said: “The Olympic Torch Relay is one of the most important and magical Olympic occasions.”

Ski offers in Reading this weekend