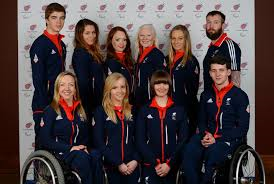 The Sochi Paralympic Games have been described as the “breakthrough Games” for Britain by Rod Carr, Chairman of UK Sport.  After the fantastic performance of TeamGB, the future looks bright for Paralympic winter sports in Britain.

Indeed, the 15-strong ParalympicsGB team has come a long way since the Vancouver Paralympics, just four years ago, where they failed to win any medals.

This time, in Sochi, they ended up in the top ten overall on the medals table, having scooped six medals – their best performance at a Winter Games since 1984.

The Wheelchair Curling team also kept us all biting our nails till the bitter end, concluding with an impressive 7-3 win in a thrilling play-off against China, and to secure a bronze medal.

Rod Carr said: “This has been a breakthrough Paralympics, particularly for the British Disabled Ski Team, with Jade and Caroline becoming Great Britain’s most decorated female Winter Paralympians in history, Kelly [Gallagher] and Charlotte [Evans] our first ever Paralympic Winter Champions, and between them delivering our best ever results on snow.”

He continued: “Witnessing our athletes delivering the best Winter Paralympic performance in 30 years has been truly inspirational. This continues to demonstrate the powerful impact our investment of National Lottery and Government funding can have in delivering success and championing sporting achievement at the highest level.”

Liz Nicholl, CEO of UK Sport, remarked:  “The future is looking very promising indeed… we would expect to increase the investment over the next four-year period.” 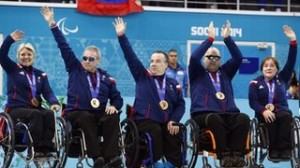 UK Sport invested more than £750,000 into British winter sport athletes who are competing at the Paralympic Games at Sochi 2014.  This is less than 6% of the £13.4m funding their Olympic counterparts received although, admittedly, there are fewer events in the Paralympics: in Sochi, TeamGB only competed in two of the five Paralympic disciplines: Para Alpine Skiing and Wheelchair Curling.

A major aim for the next four years will be to help the sledge hockey team in their development – they failed to qualify this time round – and also to train up Nordic skiers for cross-country and biathlon events.

Liz Nicholl went on: “We must not rest on our laurels following the success we have seen in Sochi, both at the Olympic and Paralympic Games…. Sports that have met or exceeded their medal targets should feel optimistic about future funding and we’ll now work closely with them to explore their future medal prospects and will invest accordingly to realise this potential.”

British Paralympic Association chief executive, Tim Hollingsworth echoed her sentiments:  “Our eyes are now turning towards Pyeongchang in four years time.  We can now kick on and not go there in hope but go there with real ambition.”