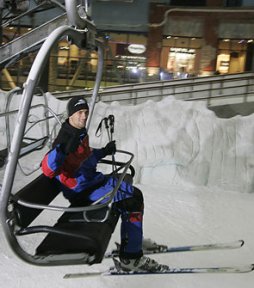 Did you know that the world’s tennis number one, Novak Djokovic, comes from the Serbian ski resort town of Kopaonik and both his parents were professional skiers?

In fact, Djokovic only took up tennis because the courts were nearer his home than the mountains.  He could very easily have become a world-class skier instead.

Last weekend, Djokovic once again proved himself worthy of top rank in the world in a toughly-contested 5-set match against Spaniard Rafael Nadal at the Australian Open Final on Sunday.  It was the longest ever final in Grand Slam history at 5 hours and 53 minutes.

Of course, professional tennis and skiing doesn’t go very well together!  The players’ limbs are too precious – and too highly insured – to risk hurtling down an icy black run.  One newcomer to the world of skiing is former British tennis pro, Andrew Castle (who commentated on this Sunday’s epic final).  The content editor of FamilySkiNews.com recently caught up with him to discuss family skiing. 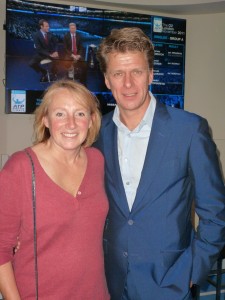 “I took to skiing quite late in life really, because I just couldn’t jeopardise my professional tennis career, although I was always tempted.”  Andrew explained.  “I’m now making up for lost time… I’ve booked to go on my fifth family ski holiday this winter.  I’ve already taken my kids to St Anton, Morzine, Tignes and Val d’Isere.”

When pressed about his skiing ability, Andrew admitted: “I’m not as good as Federer on skis.  Just imagine how slick he must be.  I will do black runs when I have to… usually to keep up with my children.  It’s my competitive nature, I guess,” he confessed, “ but I sometimes get scared and by the end I’m usually sweating like a hog…”

Here at FamilySkiNews.com, we’d rather visualise how stylish Swiss-born Roger Federer must look on skis!  Even though he hasn’t skied since 2008, he says he really misses it.  Perhaps he’ll start again once his twin girls (currently just two and a half years old) get a bit older?

If you are planning a ski break this year, do make sure you have proper winter sports insurance cover.   ERV have a variety of comprehensive packages, including a special rate for single-parent families, and are currently offering 10% off their rates for people booking through FamilySkiNews.com.  Just click here for further information and remember to use the promotional code FAMILYSKI10 when booking to receive our special discount.