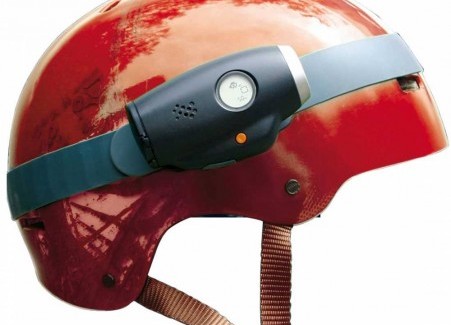 A camera that Michael Schumacher was wearing on his helmet when he was seriously injured in a skiing accident last Sunday has been handed to French authorities in the hopes that it might shed light on what happened.

The seven-times F1 racing champion suffered a severe head injury while skiing off-piste in the French resort of Méribel in France – an accident we covered in a previous story HERE.  He is now in an artificially-induced coma and, according to an official statement from his manager, Sabine Kehm, his condition “ remains critical but stable”, following two major operations, in a hospital in Grenoble.

He was wearing a ski helmet at the time of the accident.  Even though the helmet split on impact, it is thought that it saved his life.

Up until now, little has been known about the accident although rumours are rife.   Now, the camera attached to Schmacher’s helmet has been handed to the investigating authorities.

We don’t yet know whether it was switched on or not.

There is allegedly some film footage of the accident, captured by a 35-year-old German flight attendant from Essen.  He was filming his girlfriend skiing down the slope on his smartphone and apparently captured Schumacher’s accident in the background. 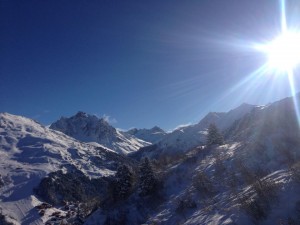 This new eye witness account also confirms suggestions that Schumacher was indeed not racing offpiste at breakneck speed.  According to a report in the German news magazine Der Spiegel, he was skiing “at a leisurely pace… 20kmh (12mph) max, not more”.

Here at FamilySkiNews.com, we continue to wish Schumacher a speedy recovery and we will update this report as soon as we have further details.