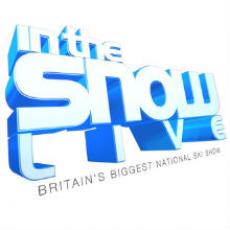 It was scheduled to take place this October in Birmingham’s National Exhibition Centre on dates which coincided with Manchester’s Ski & Snowboard Show North.

When the new-style InTheSnowLive Show was first announced earlier in the year, there was immediate speculation whether two shows could be sustained simultaneously, as we reported here.

The team here at FamilySkiNews.com are disappointed about the cancellation.  It is sad news which does not reflect the current upward trend in ski holiday bookings, and we were also looking forward to the new style of ski show – which promised a fresh take and a more interactive and engaging experience for its visitors. Its 63 exhibitors to-date have all now been informed and offered a stand at the Manchester Show should they wish.

The Manchester show is run by VOS Media, who run the annual London Ski & Snowboard Show – a tried-and-tested formula which, in recent years, has also become a more hands-on family outing.  Last year was the first time it was scheduled for the half-term holiday. The dates proved a great success, drawing huge numbers of families to its numerous kid-oriented activities, as we reported in our Ski & Snowboard Show family report.  The half-term slot will be repeated again this year.

The date of the Manchester Ski & Snowboard Show North is 25-27 October.  It is billed as ‘the coolest event of the year in Manchester’.

The London Ski & Snowboard Show will run from 30 October -3 November.

So get your diaries out now!